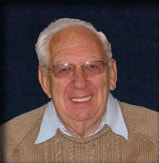 In 2005 he was honoured with a Life membership of Radio Eastern FM. In 2006 he received the highest award for local theatre when he was inducted into the Lyrebird Hall of Fame.